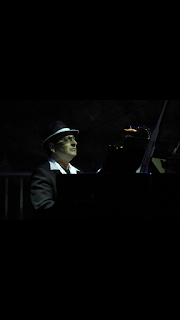 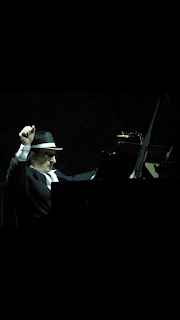 Astrologically speaking, what you make of yourself is a “10th house matter”.

The 10th house describes your career, your public reputation, your worldly status. It suggests your optimum contribution to society, the qualities for which you'd like to be admired and respected.

People who have their “sun” in the 10th house are blessed with so much awareness that when they enter a room every single person turns in their direction. This has to be the case with Igor Zapravdin. 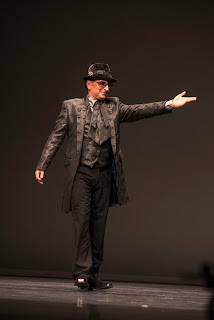 At the precise moment when he entered the Café, in which our interview was going to take place, he became the center of attention, in an almost ferocious but natural, uncomplicated way at the same time.

After shaking hands and exchanging a warm embrace, we sat down to “talk”. Oh, I do love talking to genius. I do love talking to people with broad experience and deep knowledge of their “métier”. It has been a long time since I realized that in order to go further, one has to ask questions. Many questions. Even if you feel that may be “silly”. When I think back at all people I have met, I sometimes think: why didn't I ask more? Why didn't I ask them to dinner so we could talk more? It is really a long time since I stopped being shy about asking too much. And I am glad about that! As Jane Fonda once said “It is so much better to be interested than interesting... “. 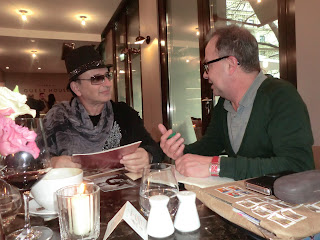 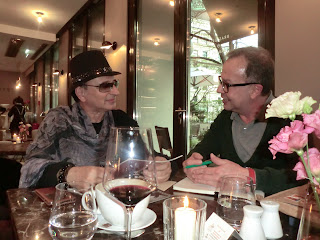 Igor Zapravdin was born in Sevastopol (Crimea) and started his musical studies at the early age of 6. When I asked him if he had ever also been to ballet classes he answered immediately “Of course, during my times in music school I also went to ballet classes... for about 6 years!”
That made it all clear to me – this unique understanding of ballet and of the needs of the ballet teacher. This unique feeling for tempo. “There must be a total feeling for the person you are working with. Class is a holly place. Respect and understanding are required. Albert (Mirzoyan) knows what he needs. I give it to him – But this understanding comes with time... We have been working together for so many years!”.

Mr. Zapravdin has been working since 1992 at the Vienna State Opera.

Talking to him and concentrating on writing down every single important information is not an easy thing. He is quick, pin-pointed to the last details about his work and “his soul overflows with excitement” while he is talking. Talking about the things he loves most!

“Mr. Zapravdin, you have done a great work with the musical arrangements of “Le Corsaire”... “ I started to say. “Yes, that had to be done... You see, the score from “Le Corsaire” has not the musical quality of a “Giselle”. There were so many pieces that were added to it through the years. Music from eleven composers! I have reduced them to 5!”

“Which is your favourite com... ?“ Before I could finish my sentence he answered “Riccardo Drigo”, his eyes shining with delight a the very mention of his favourite composer.

A man of great stamina, Mr. Zapravdin has been working on extra projects that include a Gala in Luxembourg on May 20th & 21st (with Vladimir Malakhov, Lucia Lacarra, Marlon Dino, Eno Peci & Natascha Kusch among others), which unfortunately I will not be able to attend and his own 25 year Jubilee at the State Opera which will take place on October 29th at the Volkstheater, which I will surely attend to.

But that is the thing about Mr. Zapravdin his total dedication and love to a profession that found him. Yes, I do believe that artists do not look for their profession. They are chosen by it! And this the fascinating thing. I could still be sitting there, listening to the wisdom of this learned gentlemen! I am looking forward to learning more from him and from his infinite cultural baggage!

Some facts about Mr. Zapravdin:

After attending music and Ballet school, Mr. Zapravdin continued his studies and graduated for composition and classical piano from the Academic Music College under the Moscow State Tchaikovsky Conservatory and Moscow State Pedagogical University. In Moscow he worked as a repetiteur in many different theatres such as “Stanislavskiy”, “ Nemirovich Danchenko Musical Theatre”, “The Musical Theatre for children” (Natalija Sac) and the “Russian State Ballet Theatre” under the direction of V.Gordeev.

Since 1992 he has been working at the “Vienna State Opera” as a Soloist and Ballet pianist. He has been in many productions as a Concert Pianist for Ballet productions, accompanying the Vienna State Opera on tournées to Luxembourg, Tokyo and Monte Carlo. Zapravdin has played in Russia, Austria, Paris, Varna, Budapest, Tokyo, South Korea, Luxembourg and Brazil.
He is the music director of the Nureyev-Gala in Kazan (Russia) and of the Fanny Elssler gala which takes him to play at the Bolshoi Theatre in Moscow. He also collaborated with the cellist and Orchestra Conductor Mstislav Rostropovich. 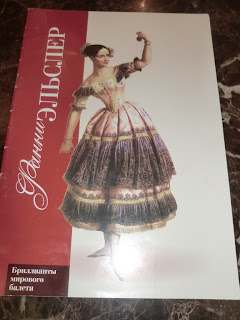 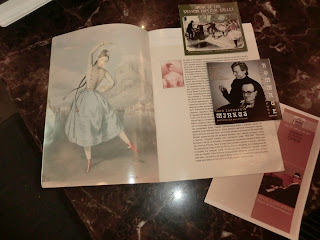 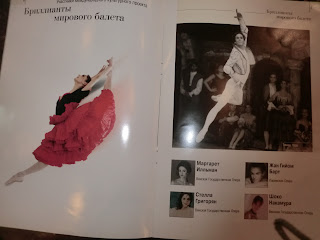 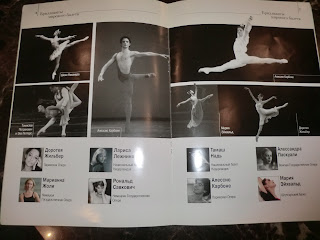 He has edited the musical arrangements of “La Bayadére”, “The Ice Queen” and from the “pas de six” from “Laurencia”. He has also published music CDs for Ballet lessons focused on the least known classical repertoire.
Postado por As Tertulías às 12:41

They way you wrote the interview with Igor, i feel like i was sitting in the room with you! Amazing! to the point!