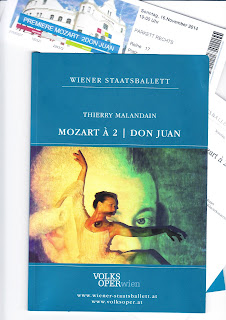 Thierry Malandain’s „Mozart à 2 / Don Juan“ are the two parts this very special ballet evening consists of. In fact both parts are extremely well connected even though they were neither choreographed at the same time nor supposed to fulfill an evening’s programme together. 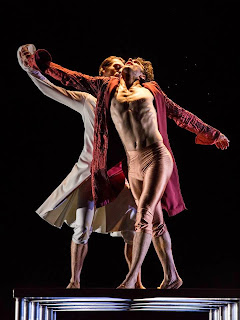 Mr. Malandain’s language is direct, sometimes even considered “simple”, as Monsieur Legris said yesterday during the prèmiere party (a term I do not like to use) but effective.
Very, very effective.
Guided by his extreme musicality one suddenly realizes that stories are being told, and, as only a balletomane could understand, in the best language possible: dance. Yes, all of a sudden you are facing something that sometimes has been quite forgotten by other choreographers – the fact that ballet is a language by itself and has no need to be supported by a theatrical “script” (like for example in MacMillan’s “Mayerling”, a ballet that I particularly am not fond of due to this very fact) and other supports.

Just after the first moments, while Kiyoka Hashimoto and Masayu Kimoto were still dancing the very first pas de deux (marvellously, by the way), I became completely aware of his (Mr. Mandalain’s) “language”. That was the moment in which I reclined on my chair and relaxed – something that does not occur to me very often during a prèmiere. The moment in which I realized that all the waiting for months and months to “return” and sit among a ballet audience (yes, I had been in quite an imposed ballet distance until yesterday) had payed off. Here I was to enjoy a performance as a regular, average ballet-goer. Yes, the waiting really payed off. 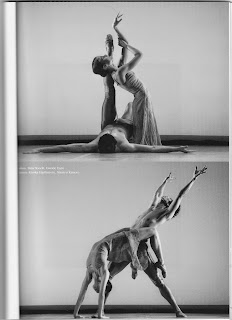 Mozart à 2: As the title says Mozart (and some of his middle movements from different Concerts) in some (five in fact) pas de deux…
Four of them told us a lot about the consistency of feelings and human relations that seem to be as vulnerable as a complicated embroidery that might be easily and quickly “undone” within some moments. Fascinating. 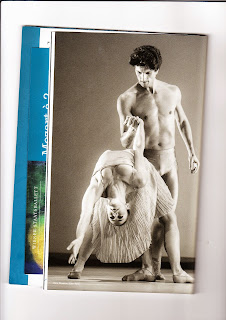 I have already mentioned the first pas de deux. The second (performed by lovely Alice Firenze and "actor" Eno Peçi), the fourth (by young Nina Tonoli and audience’s darling Davide Dato) and especially the fifth (by Ketevan Papava – to my taste a dancer with a great personality, stamina and appeal – and Mihail Sosnovschi, at the top of his career; a great, very serious professional that seems to be adding day by day more sensibility to his persona - even when dancing to this dreadful and most "schmalzy" piece by Mozart - the middle piece of the Concert # 21) were a joy.
In those four I could feel Mr. Mandalain’s language, message. The third pas de deux was in fact the weakest one, in terms of “expression”, choreographically speaking, even though one of my favourite dancers, Mr. Alexis Forabosco, a strong, very expressive, intelligent dancer (as I always put it) was in it. A question of inspiration, I guess. This may happen! 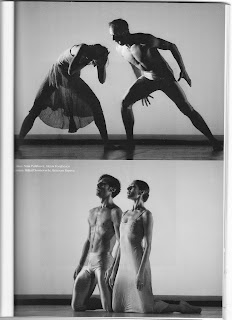 One should point that this season’s “Mélange” of repertoire seems to be very friendly to the dancers. To their bodies. Everyone on that stage yesterday seemed to be on top of form.

Don Juan: a few minutes after the curtain rose, the audience had been “caught”. The staging is extremely clever and effective – even though simple and plain in its language. Yes, that is what I call clever staging!
Particularly challenging: the use of the whole corps-de-ballet (including the boys) as Elvira, the furies and les Maitresses of Don Juan. 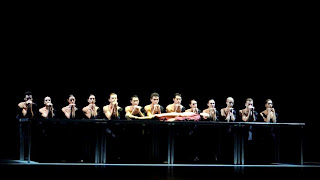 Some moments caught my attention extremely… as, for example, the moment I which some girls were turning under the tables with the tables on her backs. "Entre nous": really a very difficult and strenous thing to do! I could not take my eyes of enchanting Tainá Ferreira, center stage, and strong Rebecca Horner, just behind her. 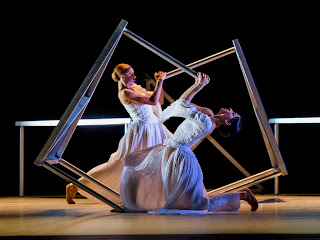 Gleb Shilov, Oleksandr Maslyannikov but especially Martin Winter were the three “faces” of Don Juan. The three of them and also Mr. Lázlo Benedek gave us performances to take home with us and think about. 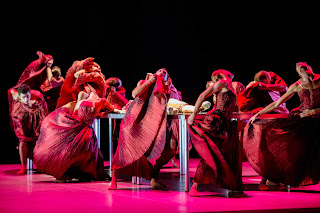 But after leaving the theatre I felt a sort of emptiness, even while having a good time during the première party, which I could not describe, understand. Now, while writing this article I realized what had bothered me (once) again. This “separation” of the State Opera’s from the Volksopera’s ensemble:
When will the Volksopera’s dancers be given the chance of performing the whole programmes? For example also the pas de deux…
And when will the State Opera’s dancers be part of the corps de ballet in such performances?
Thoughts… just thoughts… which are not considering rehearsal schedules and logistic…
But… why not?
Has not G.B. Shaw once said
“Some men see things as they are and say “why?”, I dream things that never were and say “why not?"