It is always so refreshing and interesting to visit a show during the season, not only on its premiere, in order to make some comparisons about its “process of ripening”, like I love to put it - since I believe that a show is never “ripe” in its Premiere! 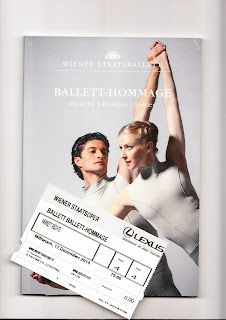 Even if yesterday’s programme, “Ballet-Hommage”, consisted of The secon detail (Forsythe), Contra Clockwise Witness (Natalia Horecna) and Études (Harald Lander) I will not refer to the brilliant choreographies, music, costumes as I have done already so in another critic that is dated Dec. 15th 2013, more or less a year ago… 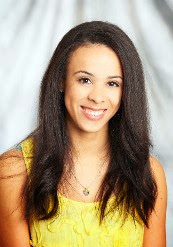 “The second detail” included the wonderful stage presence of Nikisha Fogo, a dancer that has joined the company not long ago, in 2013 and has been surprising us more and more in this short time. Miss Fogo’s stage charisma reminds me ironically of one element – fire – which translated to Portuguese would simply mean “Fogo”. I do not believe in coincidences… Clean Technique, lovely lines, amazing arms and personality. I am looking forward to seeing more of Miss Fogo’s achievements in the future.

Maria Yakovleva, Alice Firenze, Natasha Mair (role début) and Prisca Zeisel were confident and quite sure of what they were doing – But even though “here and there” some more musicality to accompany the music of Thom Willems could have been required, the female Ensemble did very good work.

Alexis Forabosco, Vladimir Shishov and Masayu Kimoto (also a role début) were at ease in a choreography that seems to suit them very well. Davide Dato “stopped the show” with his usual precision – such a relief to be able to enjoy this dancer’s performance after his last year’s injury.

Greig Matthews seemed quite uninterested in what he was doing, in a kind of behavior that I could ONLY refer to as “blasé”, as if he was sometimes just marking, bored. I wonder why all that fire and stamina disappeared. He had enough of it, just two years’ ago when everyone believed that he was going to turn very soon into a bright star.
Sometimes talent can be a curse. 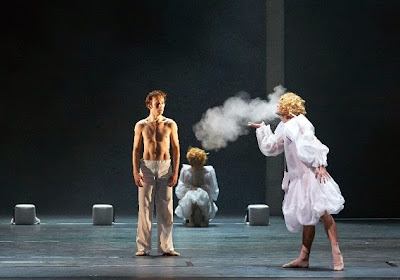 “Contra Clockwise Witness” had its choreographic highlights framed by the talents of Andrey Kaydanovskyi – a dancer that always move me in this role - and especially Céline Janou Weder which brought down the house with her performance! 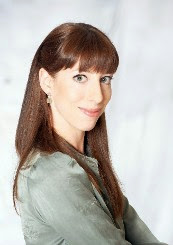 It was the first time that I have seen her in the role of “Hertha Strugg”, strong, confident, beautiful… even though an “accident” happened “backstage” that could have prevented her of getting on with the show, she continued marvelously… but I will not write about that – it is the duty of the Opera’s direction to find the responsible person to this irresponsible, unjustifiable conduct !

Nikisha Fogo (in a role début as the “bride”) gave us the impression of an actress with endless experience and made us nearly forget her young age… I repeat what I wrote above: I am looking forward to seeing more of Miss Fogo’s achievements in the future. 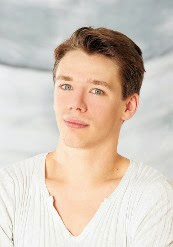 Another personality that left a strong impression on me yesterday was Géraud Wielick – this young dancer developed immensely during this last season: He grew up not only physically but also as a strong stage personality. A man and not a boy anymore. He, so to say, "ripened"! As one of the “angels” he acted with great self-sureness beside Maria Alati, Ioanna Avraam, Alice Firenze, Eszter Ledán, Ketevan Papava, Alexis Forabosco and Eno Peçi – experienced, very professional dancers that can “shake” an audience whenever they choose to.

Just Roman Lazik, a very predictable dancer, seemed quite at unease, as a fish out of water. 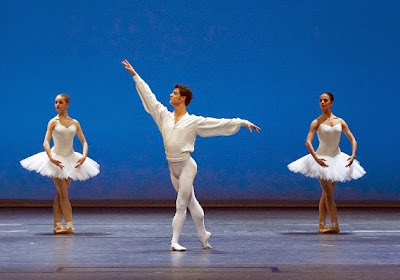 “Études” – the highlight of the evening – had as its “Ballerina” Anna Tsygankova, a guest from “Het Nationale Ballet” (Amsterdam). Even if audiences gave her a very good, warm reception, I was not so impressed by her work. She seemed to be extremely concentrated on the technical issues of the role and gave us quite a cold impression – I worried sometimes about her balance… as if, when held by a partner, she would place her weight too much on the back… First I thought that this was the blame of one of the boys. But no, this happened with every single other that partnered her.

Leonardo Basílio (role début) was unfortunately very nervous – but one must understand that “Études” is a very big step. It is, as a ballet, what one would call “a notch above”. A huge step, many light-years away from the corps-de-ballet. The audience gave him a very friendly reception: I do believe personally that Mr. Basílio will surely have a brilliant future. His "persona" on stage is warm and his manner a pleasant one. 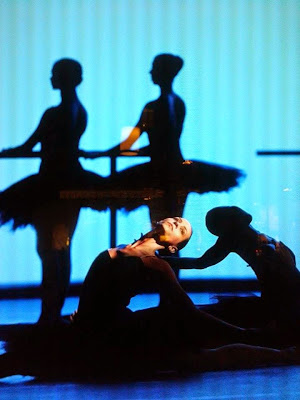 The three sylphs were a joy to look at. Not only three beauties but three enchanting, technically capable dancers that know their way very well around on stage: Eszter Ledán, Maria Tolstunova and Flavia Soares (above).

Vladimir Shishov (also in a role début) gave us with his overwhelming presence. A “premier Danseur”, the “one” at the State Opera, Mr. Shishov was at ease. Very concentrated but extremely relaxed, musically pin-pointed. A powerful performance. 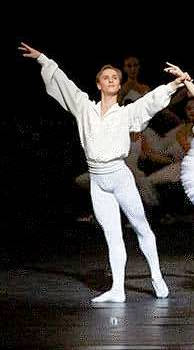 Dumitru Taran, a dancer that I very much admire, was the biggest surprise of the evening for me. Technically brilliant (and referring to Ditta Rudle’s critic from December 11th: with “perfect foot-work”), self-confident, elegant… A dancher with “beaucoup de chic”. Mr. Taran’s example of how a dancer, if not lazy, can develop steadily, should be an example to many others… It is definitely not easy to keep a “low-profile” and such humility when one possesses such a talent!

All pictures: Wiener Staatsoper.
Video: Delbeaufilm - with my kind Thanks.
Postado por As Tertulías às 18:41